Am I an alcoholic? 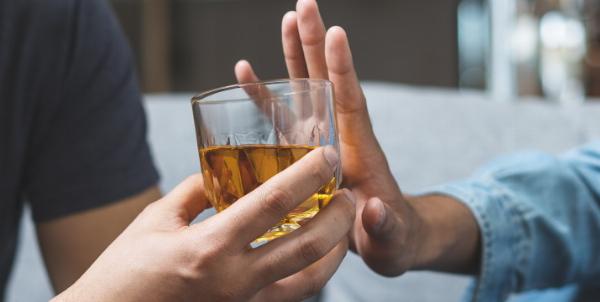 Alcoholism is one of the most common yet the least treated diseases worldwide. The main reason for the insufficient treatment received by those who need it is the inability to distinguish the problem in the first place. Most people who suffer from alcoholism do not look like the typical alcoholics one may instantly imagine. Ironically, only 9% of all the alcoholics actually look like them, while the other 91% function normally within the society, have a regular job, often even succeed in it, are in a stable relationship, etc. Such a strong disguise is often an obstacle for noticing the problem during the first stages which consequently leads to the lack of treatment received. The aim of this article is to present the subtypes of alcoholics one may be unaware of, the major stages of alcoholism and the treatment possibilities.

According to the National Institute on Alcohol Abuse and Alcoholism, less than 10% of individuals who struggle with alcoholism receive professional help as a result of the inability to discern casual nights-out with friends from an actual dependence on the alcohol. Thus, it is vital to know different types of alcoholics as well as their main characteristics.

- The first subtype, young adult alcoholics, is the most common one and includes up to one-third of all the alcoholics. Young adult alcoholics are mostly students or high schoolers in their 20s or late teens. The reason behind their predisposition for alcoholism is the fact that those people are constantly surrounded by their friends who promote drinking as fun, worthy of respect, and, most importantly, normal. Young adults who refuse to drink may be perceived by their peers as strange and antisocial. Thus, the urge to fit in society drives teens to fill up their glasses and say “Cheers” way more times than they can remember the next day. 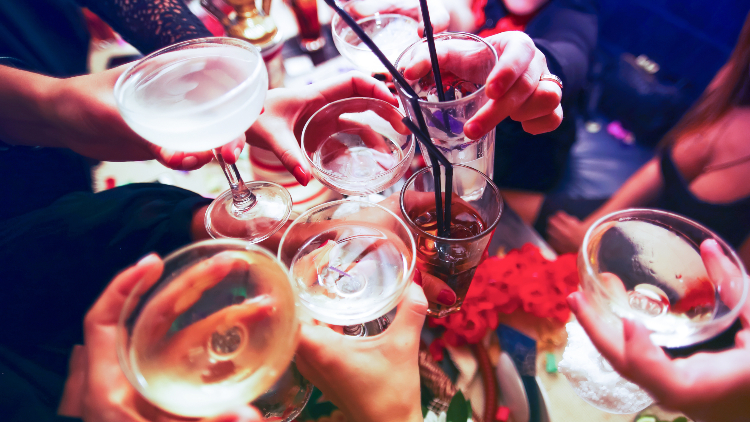 - The second largest group constitutes of young antisocial alcoholics who started drinking at a rather young age (at 15 or slightly earlier) and now are approximately in their mid-20s. As in the previous subtype, the desire to fit in society plays a major role for these young adults as well. However, the individuals in the second group were unable to successfully fit in during their early adolescence which has led to the feeling of loneliness and depression, with around half of them suffering from an antisocial personality disorder. Another factor that stops young people from controlling the quantity of the alcohol consumed is the absence of a fully developed prefrontal cortex which is responsible for evaluation and balance. Thus, young individuals are more prone to risk and less likely to think about the consequences of their acts, which in our case results in the overconsumption of alcohol and a heavy hangover the day after that.

- Functional alcoholics and intermediate familial alcoholics contribute evenly to the whole number of alcoholics, 19% each. The former has the least chances to figure out their dependence on alcohol as they may look rather successful and independent from both personal and professional sides. They typically have a university degree, work on a well-paid job and have a loving family. This double life may well cover another important relationship they have – the long-standing relationship with alcohol. Another subtype that is hard to notice is called intermediate familial alcoholics. The individuals who fall in this group typically have a caring family and relatives tend to justify the alcoholic behavior of one of the family members as a mere desire to rest or to relieve the work stress. Furthermore, most intermediate familial alcoholics come from a family in which at least one of the members has previously struggled with alcohol-related issues.

- The last subtype, chronic severe alcoholics, is the least represented. Most of alcoholics of this type do not have a job or are on the edge of losing it, have family and relationship problems and sometimes are even homeless. Those individuals are likely to engage in criminal activities as well. While this type is easily distinguishable, the information about the other 4 subtypes should be widely spread too so that more people could receive the treatment needed.

The type of treatment heavily depends on the stage of alcoholism a person is currently in.

There are 4 major stages: pre-alcoholic, early, middle and late alcoholics.

Pre-alcoholics are rather hard to distinguish from non-alcoholics as both of them consume alcohol mostly during social interactions. However, a person reaches the pre-alcoholic stage when he or she decides to drink to reduce stress or to feel better. An early stage starts after the person has suffered the first black-out as a result of alcohol overconsumption. During this stage, people often experience increasing tolerance to the alcohol which leads them to drink more in order to reach some “buzz” in their mind. Middle alcoholics may often choose to drink at an inappropriate time, e.g. while studying or working and they may start missing important appointments due to the heavy hangovers. The last stage, late alcoholics, is described by serious health problems. Those individuals prefer drinking to any other activity in their lives.

The important thing to know is that alcoholism can be cured on any stage with the right type of treatment. Behavioral treatment is an effective cure during the early stages as professional counseling may guide individuals to change their drinking behaviors. Medications, especially in combination with counseling, are widely used for middle and late stages. And lastly, well-known mutual support groups have proven to be beneficial as well, especially for recovering alcoholics with a long history.

Thus, it is vital to be able to notice drinking patterns at the early stages and ask for help. This information should be common knowledge as your loved ones may be in danger of alcoholism as well. Only those who ask for treatment can be treated

, so we should be extremely attentive to any deviations in the drinking behavior of those around us.

October 09, 2020
#Treatment Can Drug Addiction Be Cured Or Prevented?

July 16, 2020
#Treatment How to Convince a Teenager to Be Treated For Addiction?