panic disorder is a serious problem faced by many people around the world. What is it like to have panic disorder? 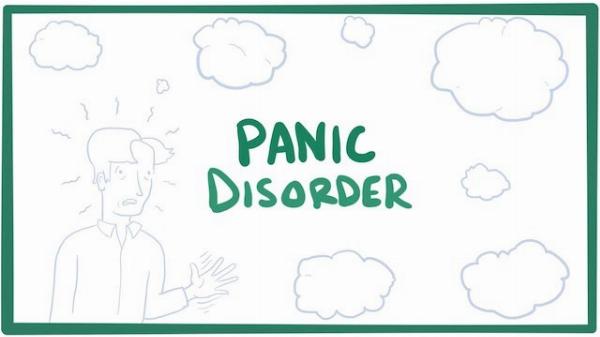 Terror suddenly sets in. A few minutes ago, everything seemed fine, but then intense fear took over. Heart racing. The inability to catch a breath. Feeling as though the world may simply combust, or that a heart attack is surely on its way.

Panic Disorder, a type of anxiety disorder, causes panic attacks. These random, sudden feelings of terror happen when there is no real threat or danger in sight. To better understand panic disorder, it’s important to look into the symptoms, causes, and treatment options associated with it. 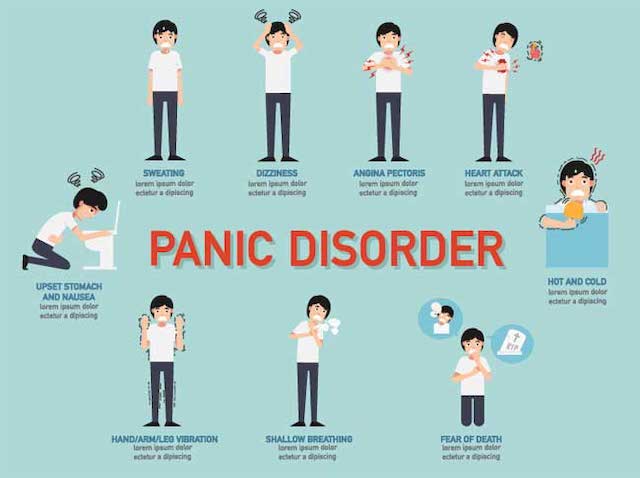 Combined, the symptoms of a panic attack (specifically the chest pain and racing heart) can, reasonably, lead someone to believe they could be having a heart attack. Of course, this often prolongs the symptoms of the panic attack, as it continues the feeling of terror at that moment. In alignment with other mood disorders or mental illnesses, those diagnosed with panic disorder are aware of the irrational nature of their disorder but feel as though they are losing control or will continue to have attacks for the rest of their lives.

For those who struggle with panic disorder, they need to understand the possible causes or triggers for their panic. Without addressing the underlying problems, people with panic disorder can become extremely phobic, sometimes being too afraid to even leave their homes. It can entirely take over someone’s life if left untreated. To some degree, the concern people have over the possibility of having a panic attack can make them more susceptible to experiencing one. This is exceptionally difficult to work around, as panic attacks can come on at any time, anywhere. It can turn into a vicious cycle and seriously affect someone’s ability to live a normal life.

There are sometimes initial triggers that cause panic attacks or panic disorders. The loss of a loved one can create so much stress for someone that they begin to panic during their daily life, especially if they haven’t taken the time to grieve. Or, a similar loss can trigger a phobia of death or mortality that previously hadn’t existed.

Previous traumas of any kind can lead to the onset of panic disorder, including abuse (physical, sexual, or emotional), major accidents, or illnesses. Major life changes such as moving, changing jobs, divorce, or the loss of a job can also trigger panic attacks, initially.

After the first episode, panic can become a regular experience for some, developing into an actual disorder. Feelings of intense terror can start to “pop up,” seemingly out of nowhere, which often makes the individual even more frightened.

Panic disorder is more prominently found in women than in men, and generally begins in young adults or well into adulthood. And although extreme stress is often the initial cause or onset, panic disorder can also occur in response to many underlying medical issues that cause mental and emotional stress, such as diabetes, cancer, digestive disorders, and many others.

Although panic disorder can cause those affected to feel helpless and out of control, there is hope and help available, and they can absolutely get back to living a normal life. Talk therapy, cognitive behavioral therapy, and medication are common treatment options for those with panic disorder. Both talk therapy and CBT seek to get to the root of the problem, or the main triggers for people, and work on mindset and thought patterns in order to help prevent panic attacks from occurring. Many medications can relieve the symptoms of a panic attack quickly, or keep someone from having an attack in the first place.

In addition, adopting healthy lifestyle habits have a profound impact on those with panic disorder. Regular exercise is most noteworthy. A workout can set off a stress signal in the mind but in a controlled way. The body reacts physically with increased heart rate and sweat, but is shortly resolved at the end of the workout, and often leads to an endorphin release. This can both physically and mentally shift the way people with panic disorder process their feelings of stress.

The combination of a fitness routine and treatment via professional help allows those with panic disorder to continue living their lives to the fullest by managing the illness and letting individuals know that their disorder, as with all illnesses, is simply one part of them

, and they can go on living a normal life.

important things you need to know about Alcohol abuse. introduction

June 16, 2020
#Addiction guide The effect of social media on the use of alcohol