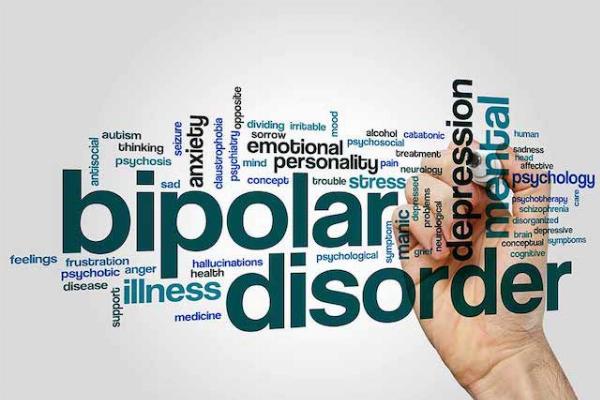 If left untreated, this health condition can lead to severe outcomes like destroyed relationships, depression, or suicidal attempts in extreme cases.

♣ Bipolar disorder is not a rare brain disorder condition. Several abnormalities in mood are involved in this condition.

♣ The disease affects males and females equally and can occur at any age, although diagnosis mostly occurs between the ages of 15 to 25 years.

♣ Depression resulting from bipolar disorder can last up to two weeks. And in case of high episodes, it may last for several weeks or months at a stretch, with periods of stability in between.

♣ The person suffering from the disorder experiences alternating rounds of mania or hypomania coupled with depression, sometimes including psychosis.

Bipolar disorder involves alternating episodes of extreme euphoria or mania, along with a major depressive state.

Signs of Mania And Hypomania With Depression Episode

As a phase of bipolar disorder, mania or hypomania with depression projects at least three or more of these key symptoms:

This classic form of bipolar disorder is referred to as a manic depression, in which the person's behavior and mood shifts are extreme. As their behavior quickly changes, it becomes difficult to handle the person.

People with manic depressive episodes classify bipolar I. However, depressiveness does not require making the bipolar I diagnose.

This kind of bipolar disorder is more common than bipolar I disorder and involves depressive symptoms. However, the manic symptoms called hypomania are much less severe.

Bipolar II symptoms are hardly noticed by the person. Friends and loved ones can help with timely detection.

Yet another bipolar disorder classification is a cyclomatic disorder that involves changes in mood and shifts similar to bipolar I and II but the shifts are less dramatic.

A person suffering from this disorder functions normally without medication. Over the period, it tends to develop into a diagnosis of bipolar I or II.

Initial difficulty with bipolar disorder is it’s diagnose. Once identified, it can be treated under medical supervision.

Most cases of bipolar disorder can be hard to spot unless it is to the stage of mania.

People with hypomania feel more energized than usual, are full of ideas and confidence, and can work with less sleep. These things are usually not complained. So, bipolar diagnose at the early stage does not get identified.

Once identified, bipolar disorder can be treated according to the doctors' recommendations which include the following:-

Some people suggest alternative treatments that provide relief in the symptoms of bipolar disorder. However, scientific evidence suggests that these treatments render benefits in depression and their suggestion as bipolar disorder treatment needs more research support.

Some of the Suggested Alternative Treatment For Bipolar Disorder Includes:

This is an antioxidant that helps reduce oxidative stress. In the trial conducted on people with bipolar disorder, adding 2 grams of this antioxidant per day to traditional medication leads to significant improvement in depression, mania, and quality of patient's life.

This is a water-soluble vitamin that is greatly effective for symptoms of mania in people with rapid cycling of bipolar disorder.

This is a synthetic vitamin that helps with depression conditions. As an additional therapy, inositol helps patients recover from their depressive episodes. These patients have no mood episode symptoms for consecutive several weeks.

Besides these treatments, certain calming techniques reduce anxiety and stress. However, these cannot cure bipolar disorder; these can manage symptoms and the treatment plan. This includes:-

, and healthy food to maintain the overall good health of your body.

#Mental health Depression and fatigue: is there a connection

December 28, 2020
#Rehabr blog What are the Most Popular Drugs in America?

February 19, 2020
#Addiction guide How to detox after a party night

Do you feel like the day after a party is a lost day? Have you ever woken up with the thought to never ever drink again? Here are 10 tips to ease the hangover and cleanse your body.