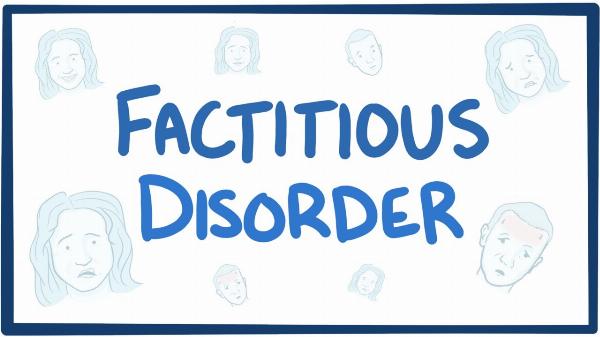 Factitious disorder (formerly Munchausen by proxy) is a severe mental health condition or disorder in which a person acts as if he or she is physically or mentally ill. They consciously fake physical or psychological illness for gaining sympathy and attention. These people deliberately create symptoms and ready to undergo painful or risky tests to get emotional and special attention.

Such disorder is considered a mental illness because sometimes, people with this disorder will often go to great lengths to attain attention from others.

Diagnosing and treating the factitious disorder can be challenging because people with such mental condition often deny having it. Additionally, they aren't usually fully aware of why they fake symptoms or induce illness are present in themselves. In short, in most of the cases, patients remain unaware about their mental health which can later cause harm to another vulnerable person, such as a child, a disabled relative, or an older adult.

There Are Commonly Two Types Of Factitious Disorders:

1. Factitious Disorder Pressed On Self

Under such condition, the individual pretends or fabricate signs of psychological or physical signs or symptoms, and they will continue this deception even if they do not receive any external rewards.

An example of a factitious psychological disorder is, a person may mimic behavior that is typical of a mental illness, such as schizophrenia. He or she may appear baffled, make absurd statements, and report hallucinations (the experience of sensing things that are not there or hearing voices).

2. Factitious Disorder Pressed On Another

People with this disorder produce or falsify symptoms of illness in others (usually someone who is vulnerable and under their care) such as children, elderly adults, disabled persons, or pets.

For example: Mostly, it occurs in mothers or fathers who intentionally hurt their children to receive other people attention and sympathy. The treatment is not provided to the victim, but rather to the perpetrator. 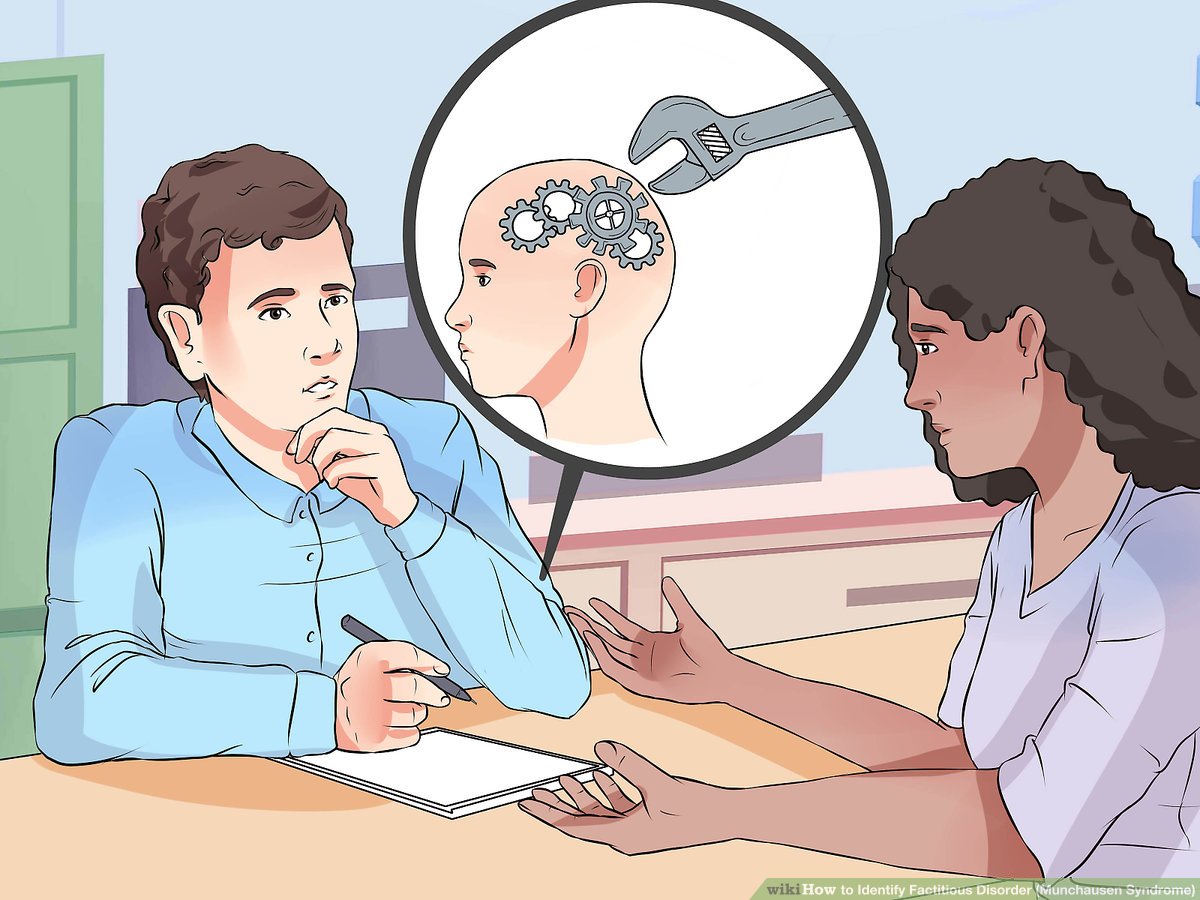 Signs and Symptoms of Factitious Disorders

There are possible warning signs of factitious disorder. Some are as follows:

·  Vague and bizarre symptoms that change often; become more severe or change once the treatment has begun

· Presence of numerous surgeries or procedures such as surgical scars

·  Developing additional symptoms when about to be discharged or tested negative.

·  Willingness or eagerness to have medical tests, operations, and operations performed.

·  History of hopping from hospital to hospitals, clinics, and doctors' offices, possibly even in different cities

·  People who impose factitious disorder on another will be hesitant or refuse to allow healthcare professionals to meet or speak privately or directly to their victim's family members, friends, and prior healthcare providers.

·  Refusal to have a psychological or psychiatric evaluation performed.

·  Sabotaging discharged plans or preventing healing of the injury. Some even plan sudden illnesses when they are about to be released from the hospital setting.

Additionally, researchers do not know the exact cause of the factitious disorder, resulting in misleading statistics. It is estimated that 42% of these patients had depression in addition to factitious disorder. Almost 60% often deny having it and aren't usually fully aware of why they fake symptoms or induce illness in themselves or others.

What Conditions Can Cause Factitious Disorder?

The exact cause of the factitious disorder is not known. Still, researchers believe a variety of factors can increase the risk: both biological and psychological factors play a role in the development of this disorder.

Some Theories Suggest That:

As discussed earlier, factitious disorder treatment can be complicated.

The first step of treatment prioritizes individual physician safety, as the factitious disorder can result in severe injury and even death. Once safety is ensured, professional medical help such as psychotherapy or counselor is generally recommended to help the individual examine their thinking and develop positive coping skills to build self-esteem and how stress management.

Medications are not typically prescribed to treat the factitious disorder, unless the individual has another mental health condition such as depression. Family therapy may also recommend, so that family members can learn to support the individual without reinforcing harmful behaviors.

The factitious disorder may not be as evident as any other disorder (substance abuse). However, close monitoring can help patients to recover from potential suicidal behaviors, as they are at higher risk than the general population.

How to Deal With the Disorder Condition in Your Loved Ones?

We recommend you that if you think that your loved one you may have the factitious disorder, be aware that they will likely deny the condition (even when they are presented with evidence) and turn down your help for their mental health.

Rather than aggressively confronting them, take steps to ensure they are safe and reassure them that you love them. Reinforce healthy and positive behaviors rather than focusing on the harmful ones.

, come out confidentially and help them recover and combat this disorder.

Healthy mind and body is a temple constructed on family support! Remember your one wise step can life others life for good.

November 24, 2020
#Addiction guide How to detox after a party night

Do you feel like the day after a party is a lost day? Have you ever woken up with the thought to never ever drink again? Here are 10 tips to ease the hangover and cleanse your body.

May 04, 2020
#Addiction guide GHB Or Gamma-Hydroxybutyrate