Abuse And Alcoholism: What's The Difference? 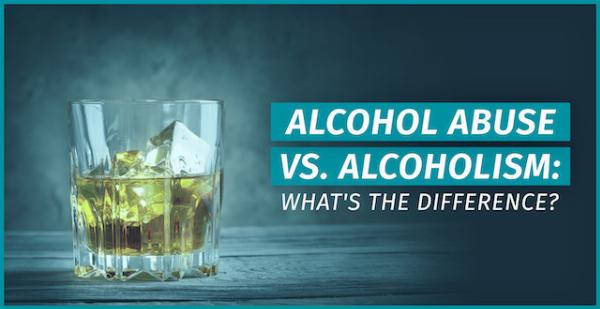 Through this article, get familiarized with the difference between alcohol abuse and alcoholism in better pursuit.

What is Alcohol Abuse?

Drinking habits sometimes are formed to the extent that people continue drinking knowing its consequences which leads to long-term problems related to their physical and mental health.

With timely treatment, a person with an alcohol abuse issue tends to learn the negative consequences of their addiction and change their behavior. With the counseling session, the path of alcohol abuse can be given a U-turn, inspiring and encouraging a person to take up a more constructive lifestyle, giving up destructive habits.

Alcoholism is termed as dependency on alcohol. It is a chronic disease marked by the consumption of alcohol at a level that intervenes with the physical and mental health.

The biggest difference between alcohol abuse and alcoholism is that addiction is a disease that affects the overall life of a person. Alcoholism is influenced by genetic and environmental factors. Being a chronic disease, it is formed over a long period and lasts for a lifetime.

Listed below are some of the signs of alcoholism: 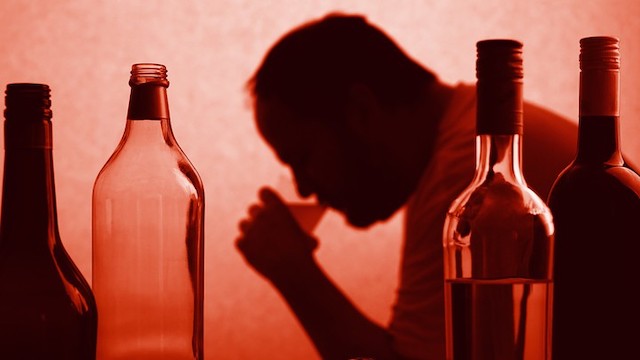 Alcoholism tends to build up a tolerance for alcohol which means the user needs to consume more and more to feel the effects. And when they try to stop drinking, the consumer starts experiencing withdrawal symptoms such as craving, anxiety, shakiness, nausea headaches and irritability. To avoid experiencing withdrawal symptoms, an alcoholic continues to drink. Long term results in a threatening condition such as heart disease, cancer, and cirrhosis.

Denial is the biggest hurdle in the path of getting help for alcohol abuse and alcoholics. Usually, the desire to drink is so strong in the consumers that they defy many rationales behind drinking even when the consequences are obvious and apparent.

How Alcohol Abuse And Alcoholism Are Connected?

According to the CDC, 90% of the people who abuse alcohol do not fit the diagnostic criteria for severe alcoholism, also known as alcohol use disorder. But this does not mean they are not at the risk of developing an alcohol addiction in some time to go.

Work culture or peer pressure are also sometimes responsible for dependency on alcohol consumption. If it is left untreated initially, alcohol abuse tends to progress to full-blown alcohol addiction.

The Path from Alcohol Abuse to Alcoholism

Not all alcohol abuse tends to become full-blown alcoholics. But they are at the risk of becoming the same. Sometimes alcoholism develops suddenly; in response to a stressful change like retirement, business loss, breakup or loss of a job. By the time alcohol abuse creeps upon the person's habit, they tend to develop tolerance toward alcohol consumption increase. Binge drinking or consuming alcohol every day or once in a while but large quantities are at a greater risk of developing alcoholism.

Effects of Alcoholism and Alcohol Abuse

Both alcoholism and alcohol abuse has widespread consequences on the life of not only the consumer but also their associates. Long-term alcohol usage creates serious health complications affecting multiple organs in the body including your brain. Drinking issues tend to have a greater impact on the life-affecting emotional stability, finance, career and the ability to sustain and build sound relationships.

Both issues related to alcohol abuse and alcoholism is treatable at the treatment centers under the guidance of expert professionals. Alcohol rehab center provides a safe, supportive and caring environment to the patient which helps in early and better recovery, avoiding chances of relapse. Medically supervised detoxification program for the individual and as group therapy and aftercare plan helps to make alcohol addicts sober permanently in life.

Alcohol abuse and alcoholism are both serious addictions and should not be ignored. If you or your loved one is struggling with either alcohol abuse or alcohol dependency, it is suggested to get them the help needed.

A person can choose to go to rehab, opt for self-help programs, get therapy or take a self-directed treatment approach. Anyhow

, support is essential to recover from alcohol addiction as it makes the process easier.

To stay alcohol-free for the long term it is necessary to eradicate the underlying problems which lead to alcoholism or alcohol abuse in the first place.

November 09, 2020
#Addiction guide How to Know That a Drug Addict Lives With You

February 26, 2020
#Treatment MAT for Opioid and Alcohol Use Disorder

Medication assisted treatment includes Opioid Treatment Programs (OTPs). It is a combination of behavioral therapy (counseling and medication to treat substance/drug use disorders.