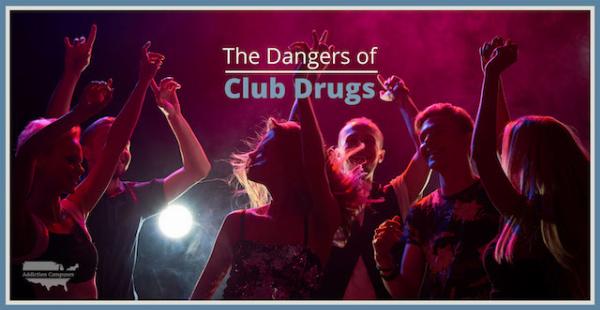 Club drugs are the preferred group of mood-altering substances at raves, clubs, bars, and after-parties. Not all of the commonly used drugs belong to the same class of substances, but what they all have in common is that their purpose is to enhance the experience of dance parties.

The club experience itself has been shaped by the fact that regulars who are part of and control the scene have normalized – and in most cases support the use of drugs. The elaborate light shows and displays enhance the effects of LSD, Mushrooms and Ecstasy. Men are often motivated to attend these parties because of the lowered inhibitions the females have while under the influence. Drug dealers know that they can attend with a pocket full of cash, and security is typically more concerned with ensuring that there are no weapons and ignore the risk of the drugs that the scene supports.

Hallucinogens, which include LSD, Psilocybin Mushrooms, Rohypnol, Ecstasy, Ketamine are the most popular, and each come with their own set of dangers and potential health risks:﻿ 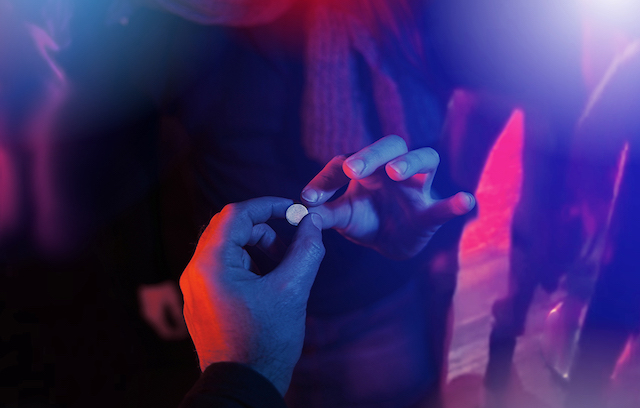 Ecstasy, also commonly called “e”, “rolls” and “Molly”, is a staple in the club scene. The user experiences heightened sensitivity to light, energy, elevated sexual drive, and physical sensitivity. This drug can be dangerous due to an elevated heart rate, uninhibited sexual behavior that can lead to STI’s or rape, dehydration, or stroke. It can also exacerbate or introduce heart conditions.

LSD, a hallucinogen often referred to as “acid” or “sugar cubes”, causes changes in perception that can cause a dreamlike state. However, users often experience “bad trips”, during which their surroundings feel like a terrible nightmare – and when this occurs, it can take an entire day to find a sense of reality again. Some of the dangers can include mental side effects (particularly if the user has a genetic predisposition to mental illnesses such as depression, anxiety or schizophrenia) both long and short-term, insomnia, dehydration and depending on the physical health of the user, it can also exacerbate heart conditions.

Psilocybin Mushrooms or “shrooms” are hallucinogens that are another common ‘party favor’ in the club scene. They are often taken with ecstasy, called “hippie flipping”. The effects of shrooms are very similar to LSD, where information in the brain is received differently, causing a sort of disorientation that users find illuminating. Of course, the same risk of a user having a nightmarish “trip” is the same as in LSD. In clinical environments, scientists have found some medicinal properties in shrooms. However, when the dosage and conditions under which they grow are not measurable, these properties don’t have medicinal effects, and have the same physical and mental risks as LSD.

Ketamine, or “special K” is a dissociative anesthetic utilized for veterinary purposes as an animal tranquilizer. The dissociative effects had by users can feel like a ‘near-death’ or ‘out-of-body’ experience in which they cannot move, which can put users at risk in a club setting. Ketamine use comes with a heavy risk of respiratory depression, amnesia, elevated heart rate and blood pressure, nausea and vomiting.

Rohypnol is a strong benzodiazepine (a class of drugs used as tranquilizers) that has sedative and muscle relaxing effects when taken in lower dosages. However, users can easily surpass the amount used to achieve the desired effects, and are at risk for experiencing severely lowered heart rate, loss of memory, seizure-like reactions in the muscles and potential coma.

Across all of the different types of drugs, the most frightening of all of the potential risks when making the choice to take club drugs is that unless you created the substance in your own laboratory, you have no clue what you’re introducing into your body. There are countless pills and powdered substances in circulation that are created by someone who simply replaces a known substance with a less expensive, more toxic substance – particularly when bought by a complete stranger that won’t be seen again.

Lastly, club drugs are commonly used by predatory individuals who attend the club scene exclusively to prey on men or women who have become incapacitated by drugs and/or alcohol. The loss of control that can be experienced on these drugs can cause one to become a victim of rape, robbery

Casual drinking is quite common in the modern world, especially in the western societies, where you will see people having a drink every now and then whether it is a special occasion or just a casual gathering.

Ketamine is a high potency dissociative anaesthesia causing drug and it gives a feeling of detachment from one’s own body, but it is now more popular in parties where people use it to get the detached high effect it provides.