Benzodiazepines are commonly prescribed as a medication in the United States and its usage is common among older patients as this drug has qualities to improve muscle stress, induce sleep, and reduce anxiety and seizures.

Medically the short term usage of the drug is safe and effective. However, long term usage makes the patient tolerant, dependent it on the drug with various other adverse effects on the health.

Let Us Find Out How Benzodiazepines Work, How They Are Used And What Are The Related Side Effects And The Risk:

1) Mixing alcohol with benzodiazepines can be fatal

2) Its side effect includes dizziness, the feeling of depression, poor coordination, drowsiness, etc

4) The usage of benzodiazepines ranges for various health problems including anxiety, sleep disorder, and alcohol withdrawal.

How Benzodiazepines Are Used? 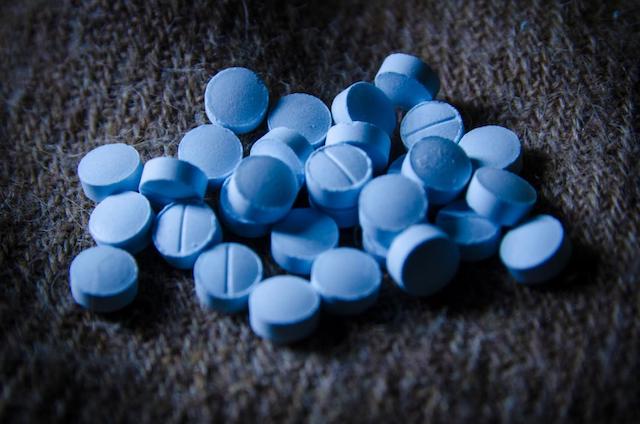 Benzodiazepines are very effectively used for treating psychological and neurological disorders as it tends to affect the neurons in the brain that triggers stress and anxiety reactions.

Let Us Study How Benzodiazepines Work On Different Disorders:

As the short term treatment for severe insomnia, benzodiazepines works as an effective medicine but it can lead to dependence on the drug with prolonged use.

Benzodiazepines are very effective for treating anxiety associated panic attacks as they act fast with anti-anxiety effects. The American psychiatric association (APA) says usage of benzodiazepines suppose initial treatment for panic attacks however long-term usage of the same is not recommended.

Taking benzodiazepines is a short term treatment for GAD but its usage should not be more than one month.

Benzodiazepines are very powerful anticonvulsants and have a very great impact on preventing prolonged epileptic seizures. 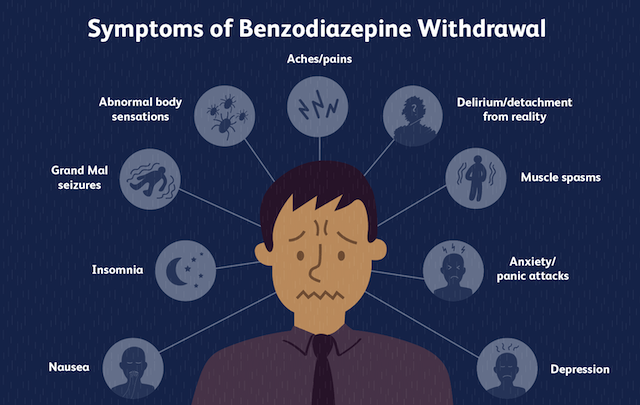 When someone feels overly anxious, the brain becomes hyperactive and excited. Tranquilizing transmitters quickly send this message to brain cells slows down the activity in the brain and reduces the symptoms of anxiety.

Benzodiazepines work by enhancing the effect of a neurotransmitter, GABA. Benzodiazepines contain chemicals that add to the calming effect that has been produced in the body already and keeps the brain in the more tranquilized state.

Many different kinds of benzodiazepines available differ in their potential, how quickly they can be absorbed into the body and what they can treat.

Side Effects of Benzodiazepine Usage Include:

Long term usage of benzodiazepines results in physical dependency which can be given after using the drug for as little as one month.

The withdrawal symptoms of benzodiazepines include:

Suddenly stopping the consumption of benzodiazepines after becoming dependent on this medication can lead to various effects such as:-

It is always advisable to go slow with quitting benzodiazepines, under the professional help, to avoid relapse on the drug.

Interaction with Other Drugs

It is medically advised not to mix benzodiazepines with alcohol or opioids as the interaction can be life-threatening.

The symptoms of benzodiazepine overdose cause central nervous system depression and intoxication along with impaired balance and control movement.

Slurred speech is also one of the common symptoms of overdose.

Flumazenil can be used as an antidote.

There is various risk involved with mixing benzodiazepines with substances such as alcohol. But the correct usage can help cure various serious mental health issues and neurological disorders.

Benzodiazepines consumed under the prescription with the advice of expert clinicians pose no major danger to health and is suitable for treating various conditions.

October 29, 2020
#Addiction guide Combination of Alcohol with Antibiotic Can Be Fatal

LSD is one of the most powerful mood-changing chemicals.