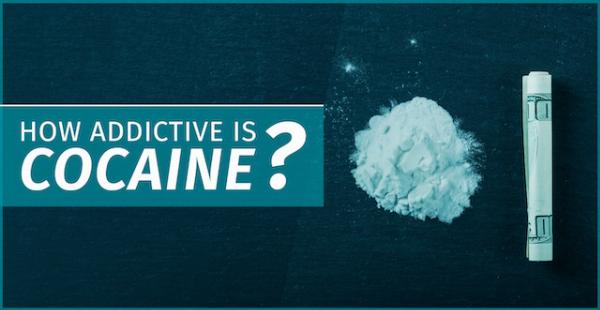 Typically all the drugs fall into four classes: Depressants, Stimulants, Hallucinogens, and Cannabis. Cocaine is a stimulant drug which is made from coca plant. It is a stimulant drug because it increases the amount of dopamine produced in the brain. Dopamine is the chemical messenger which is related to the control of reward and movement. Although cocaine is used as medicinal purposes as local anesthesia for some surgeries, but the recreational use of cocaine is illegal. It comes in the form of fine white crystal powder or as a solid rock crystal. Commonly used street names of cocaine are crack, rock, coke, white dust, stardust, C, toot, Charlie, nose candy, snow, white lady, and blow.

How Do People Take Cocaine?

People consume cocaine in a variety of ways which include, either snorting through nose or by rubbing into gums. It can also be taken intravenously by dissolving the powder, and some even take it by consuming the vapors produced by heating the rock crystals.

How common is Cocaine use?

It is estimated that about 18.2 million people around the world use cocaine which is around 0.4% of the total population. 25% of the people who use cocaine become addicted to it, and many times people themselves do not realize that they have a problem which is now out of their control.

How Does Cocaine Stimulate Brain?

Usually, dopamine circles back to the neuron which produced it. Thus giving the signal to prevent the neuron from releasing further dopamine. Cocaine use prevents the dopamine from circling back to its original neuron, which in turn keeps on generating dopamine. Enhanced amounts of dopamine produce immense pleasure which reinforces the behavior of taking cocaine. With time, reward system of the brain becomes less sensitive by adapting to the excess of dopamine available in the nervous system. Therefore, people need to take more amount of cocaine to feel the same level of joy and also to get relief from withdrawal symptoms.

·     Mental alertness or some may experience numbing of the mind

·     Hypersensitivity to light, touch, and sound

·     Unreasonable and often extreme distrust of others also known as paranoia

·     If cocaine is taken in large quantities, then it may lead to violent, unpredictable, or bizarre behaviors.

When do the effects of cocaine start to appear and how long do they last?

The appearance of effects of cocaine depends on the mode in which it is consumed, but commonly, effects are displayed almost immediately, and they tend to disappear within a few minutes to an hour. Quickest and stronger results are acquired with injecting and smoking while snorting produces effects which last long. People remain high after snorting for 15 to 30 minutes, but high from smoking only lasts for 5 to 10 minutes. 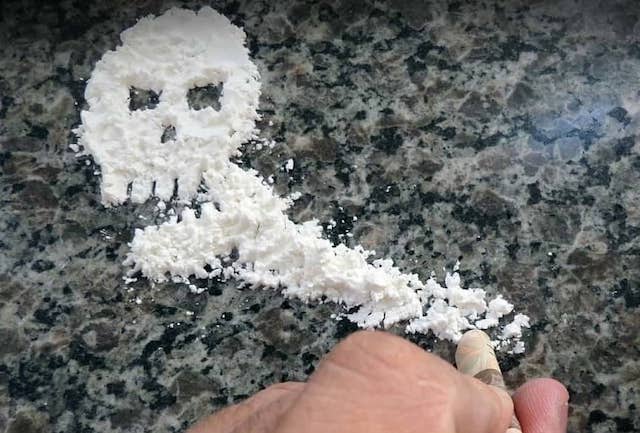 - If cocaine is snorted, then a person can experience nosebleed, frequent runny nose, smell, and problems with swallowing.

- Similarly, smoking cocaine can cause cough, respiratory distress, asthma, and heightened risk of infections such as pneumonia.

- If cocaine is consumed by mouth, then it may cause severe bowel deterioration due to reduction in blood flow.

- And if cocaine is injected via a needle, then it poses the threat of contracting bloodborne diseases like HIV, hepatitis C. It may also cause scarring or collapsed veins and instigate infection of skin or soft tissue.

However, risk of contracting HIV even without the use of a needle is there because cocaine use impairs the judgment of individuals who use it who may then involve in risky sexual behaviors.

Other long term effects of cocaine which are general to all the methods of consumptions are:

- Restlessness and irritability – from cocaine binges

- Auditory hallucinations – hearing sounds which are not real

Large quantities of cocaine taken frequently may cause long term change in the brain’s chemistry as the mind begins to depend on the drug. The reaction time of the consumer is slower, and he finds it challenging to think, sleep and always have trouble in recalling things from memory.

What are the Withdrawal Symptoms of Cocaine?

The withdrawal symptoms thus forces an individual to take the addictive drug again, and thus a vicious cycle continues.

All the above-mentioned consequences of the use of cocaine suggest that this is a highly addictive drug with various biological and psychological short-term as well as long-term side effects. If you know a person who shows such symptoms or you are going through such dilemma

, it is never too late to get help. Don’t underestimate the addictive habits and seek professional treatment.

Casual drinking is quite common in the modern world, especially in the western societies, where you will see people having a drink every now and then whether it is a special occasion or just a casual gathering.

November 02, 2020
#Addiction guide Combining Antidepressants and Alcohol. Is it Dangerous?

December 22, 2020
#Addiction guide What Are Different Alcoholism Causes And Risks?