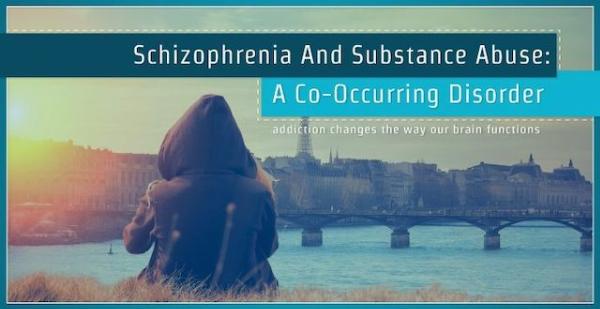 Due to the impact of this disorder, a person's thought processes, emotional regulation, and responsiveness are affected. Additionally, the patient loses perceptions of the self and external environment and faces difficulty in establishing a personal relationship. 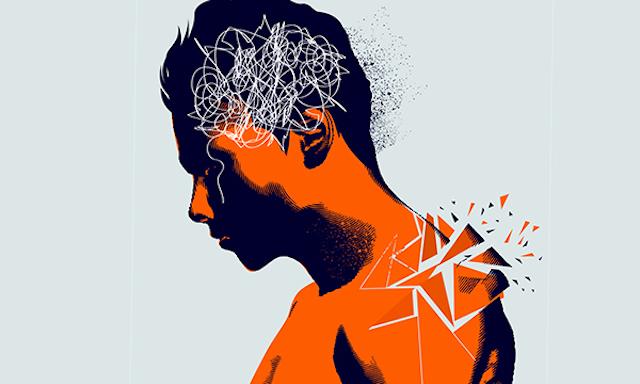 Positive symptoms about schizophrenia include movement disorder, hallucinations, delusions, and dysfunctional ways of thinking among the patients. Additionally, these people also suffer symptoms like flat emotional tone and facial expressions (unaffected by surroundings), lack of motivation to initiate an activity and difficulty to withstand stressful conditions, trouble feeling pleasure, and lack of desire to indulge in interpersonal relationships.

Individuals who struggle with alcohol addiction find it difficult to function normally without alcohol and faces ranges of issues like: 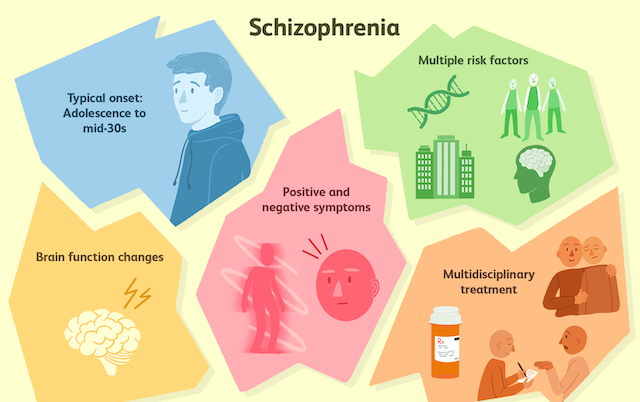 • Schizophrenia is a chronic condition which means that there is no magic cure available that could eliminate the symptoms and the disease forever from the patient. However, treatment can help.

However, alcohol addiction is a severe form of alcohol abuse where the person finds an inability to manage drinking habits. It is also sometimes referred to as alcohol use disorder which can be categorised into mild, moderate, or severe.

Each category has its symptoms and various harmful side effects. If left untreated alcohol abuse has life-threatening effects.

• A schizophrenia patient experiences unusual sounds, sights, and smells that make them feel tense throughout the day.

However, a person's sensory organs become dysfunctional after consuming alcohol.

In the state of tension created by schizophrenia, a person tries to switch over to alcohol as it soothes, relaxes, and slows down the electrical activities going inside the brain. Alcohol delivers a sensation of peace, calmness, and quietness in the patients of schizophrenia. Alcohol dulls the sense that gives the patient a break from their normal routine experiences.

If a patient struggle with schizophrenia and addiction, the disorder is “co-occurring.”

Sometimes areas of the brain that regulates emotion and willpower start dysfunction in case the person is schizophrenic and becomes overly alcohol addicted.

Alcoholism and schizophrenia to some extent are hereditary which means if a family member struggle with either of the disorder, it increases the risk of onset in the coming generation.

According to the report published by the National Institute of Alcohol Abuse and Alcoholism, genetics are thought to play a role in the onset of alcoholism about half of the time. And other halves of the time, it is factors like chronic high stress, mental trauma, or unstable life that draws a person toward alcoholism.

In a person with schizophrenia disorder, drinking renders the feeling of being normal. Alcohol temporarily dulls the anxiety and lower inhibition.

As schizophrenics have poor impulse control and face difficulty in making decisions, these people are more likely to participate in the activities that further dulls down their panic areas.

Treatment for schizophrenia involves medication as well as therapy that help people to correct the chemical imbalance that drives them violent. Therapy can work helping people spotting the difference between damaging and hallucinogenic thought and the one suggested by the rational portion of mind.

Additionally, therapy tends to clarify a schizophrenia patient that alcohol does not help in controlling the disease. Instead, alcohol tends to make hallucinations more often experience

, and their behavior difficult to control. Therapy aims to control alcoholism among schizophrenia patients so that they can evolve as a better and healthy human being in the long term.

Treatment of alcoholism involves detoxification and rehabilitation that could be either in-patient or outpatient rehab.

November 16, 2020
#Rehabr blog Different Drugs and Their Impact on the Human Brain

When the person loses the ability to control their use of alcohol, it is referred to as alcohol dependence or alcoholism. Cutting back on alcohol consumption is not enough as it has to be accompanied by putting drinking and giving up alcohol entirely that