Physical vs. psychological cravings and detox.

When an individual either decides to stop taking a medication or an illicit substance or can no longer find access to it, they will encounter a famously horrible state of being called withdrawal. While in the throes of withdrawal, an addict can experience both physical and psychological symptoms and cravings for their drug of choice. Any substance to which one can develop an addiction will cause psychological withdrawal, but only certain substances will actually cause a physical withdrawal that is dangerous enough for the addict to seek medical attention in the form of detoxification or ‘detox’ before moving on to any further cognitive behavioral therapy or other corrective thinking activities that are common in rehabilitation centers. Those who experience psychological withdrawal will feel anxiety, cravings, ‘using dreams’ in which they use their drug of choice in a dream and wake up ‘triggered’ to use, or feeling a strong pull back to the drug. 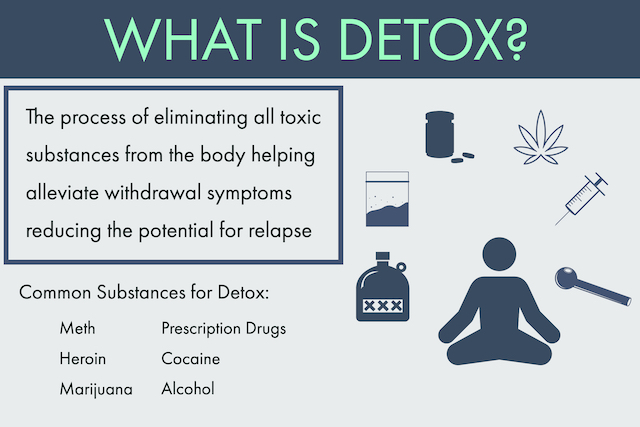 Physical withdrawal is intense and unavoidable if an individual is abstaining from particular substances that carry this side effect as part of its use – the two most common substances that meet this criteria are opiates and alcohol. The severity of the withdrawal will be equivalent to the amount of the drug or alcohol that was used daily. For example, someone who is withdrawaling from a 5 miligram percocet 3 times daily prescription addiction is not going to undergo the same magnitude of discomfort as a heroin user who spends over $100 a day on getting high.

Opiate withdrawal will often feel like an intensified version of the flu, as the sufferer will endure muscle pain and spasms, abdominal pain, diarrhea, sweating, restlessness, increased heart rate, excessive yawning and sneezing, insomnia, and vomiting. Symptoms are at their peak at around 24-48 hours without use. However, some symptoms such as insomnia, restlessness and depression can last for months. Those dealing with opiate withdrawal may feel like they're going to die, but this condition is not fatal unless there is another health condition that is exacerbated by the symptoms.

Alcoholism can cause liver inflamation and eventually (if not ceased) cirrosis, fatty liver disease, and although these risks make it extremely important to find a way to stop drinking, alcohol withdrawal can be life threatening. Thankfully however, cessation will cure one's risk 100% if it occurs before any terminal damage is caused to the liver due to it's ability to regenerate. Common withdrawal symptoms include perfuse sweating, shaking (particularly in the hands), irritability, anxiety, increased heart rate, disorientation, headaches, insomnia, seizures, and loss of appitite coupled with vomiting or nausea. Delirium Tremens, characterized by extreme confusion, shaking or seizures and hallucinations, begin at around two to five days after cessation and can be experienced by alcoholics who drink to blackout every single day for over a month. However, if someone who drinks to this degree stops drinking abruptly, it can be fatal. This is why medical attention must be sought.

The medications involved in the detoxification process are typically those that will lower blood pressure and heart rate, and will assist the individual in sleeping. The dosages and particular medications, however will vary depending on the individual. Co-occuring disorders are common within the alcoholic and addict community, so these will likely be considered by an on-site psychiatrist for the purpose of treating mental illnesses such as depression, anxiety, bi-polar disorder, or others for which they may have been self-medicating.

The highest probability of an addict or alcoholic relapsing is at this stage due to the discomfort they feel and their desire to make it stop. The good news is that once an addict or alcoholic has successfully made it through this stage, the most difficult and critical stage of recovery is over, as the majority of relapses occur within the first month after an attempt to detox. Moving forward, the highest chance of success is achieved through a focus on keeping the addictive tendencies and the thought processes that drive the behavior in check through therapy, 12-step groups, other forms of sober support, and finding healthy and productive ways to spend time.

There is often shame and guilt involved in the addict or alcoholic's struggle to find help, as it is difficult for us to admit that we may not be as skilled in decision making as we want to believe. It is a life-saving and healthy option, however

, for those struggling to find a place to recover where there are many others who share a similar story. Learning that we are not alone is one important key to healing.

November 16, 2020
#Addiction guide Is wine good or bad? What are advantages and disadvantages?