At some places, occasional binge drinking is the most acceptable behavior. This means there are different types of drinking patterns. Having an alcohol problem does not necessarily mean the person is an alcoholic.

There are millions of heavy alcohol users across the world as alcohol is legal and widely available. Additionally, it is one of the most commonly abused substances than other addictive substances. This increases the risk factor for developing an alcohol use problem. Sometimes there are genetic, physical, psychological and other social factors that combine to increase the person's chance of developing alcohol dependency or alcoholism. 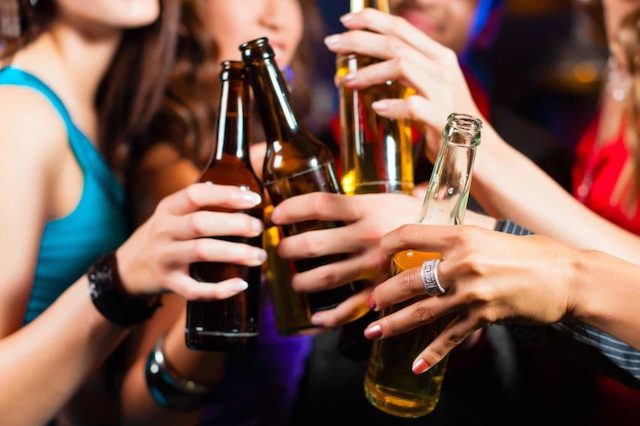 The National Institute of Alcohol Abuse and Alcoholism (NIAAA) researches identified five types of alcoholics. Problems with alcohol differ from occasional drinkers that drink at a harmful level to full-blown alcoholism.

Everyone who benefits from the treatment doesn't need to be an alcoholic.

This is one of the most common alcohol problems which is described as drinking a harmful amount of alcohol in a single drinking session. Usually, it is defined as drinking 5 or more standard drinks at one sitting for males and 4 or more for females.

Drinking five or more drinks at a single sitting can harm your health and this is why binge drinking is considered harmful for health. Indulging occasionally in binge drinking means a person has an alcohol problem although it may not be severe being an alcoholic. Yet it is hazardous.

Most research has been done into binge drinking habits at the college campus where the consumer ranges between the ages of 18 to 21 years. In the studies conducted, binge drinking has caused some of the below-listed issues:-

Indulging in frequent drinking sessions with family or friends is very common among young people. When drinking bouts begin to cause real problems in life and still the person continues to drink despite negative consequences, it is termed as alcohol abuse.

The condition is termed as alcohol abuse if the person continues to drink despite the below-listed conditions:-

If a person continues to drink alcohol despite facing problems in spheres of life, socially and legally and in interpersonal relationships, the level of alcohol consumption is termed as abusive.

Alcoholism is a progressive disease which means if it is not treated at the initial level, alcohol problem tends to head towards more severe drinking issues.

Alcohol abuse, if not treated, tends to turn into alcohol dependency or alcoholism very quickly. The person not only continues to drink despite growing issues in life but also continue to drink even after facing physical health issues.

Symptoms of alcohol dependence include:-

Once the level of alcohol dependency or severe alcohol use disorder stage is achieved, it is very difficult for the person to quit drinking and stay sober because physical addiction is developed which is coupled with psychological dependency upon alcohol.

The person starts experiencing various symptoms that draws them toward alcohol. So, it is very important to realize alcohol abuse at the initial level as it is much easier to quit drinking then. But in most of the cases, drinkers do not reach out for help up until their drinking habits start causing overwhelming negative consequences, commonly referred to as hitting bottom phenomena.

Start with the Realization

It is very important to realize your alcohol problem because only the drinker itself knows the answers to the questions that should be answered honestly for ascertaining the alcohol abuse stage. Once the stage is confirmed, there are various treatment options available.

But as the saying goes, "Charity begins at home"

, it is very important while alcohol abuse to realize the negative consequences and have the strong willpower to quit the same.