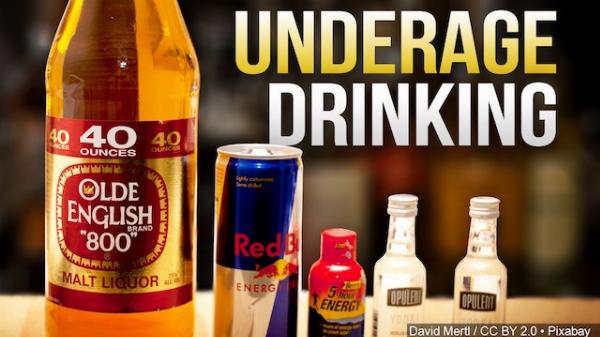 The Danger of Underage Drinking

Whenever we go for partying or are having some leisure time, we tend to order some light and refreshing drinks. Drinks (usually alcoholic) lightening up our mood and increases energy level. Being a teenager and swirling around places tempt underage to experiment with alcohol.

Here, we will talk about underage drinking hazards which are nowadays becoming a common problem, worldwide. Underage drinking or minor drinking is used for those young people who consume any type or quantity of alcohol.

A drinking problem is something that is not only seen amongst males but females also. The reason being youngsters have no idea about how damaging drinking can be, to physical and mental health, brain development, and an individual’s actions and choices.

Rationale behind Correct Age for Drinking 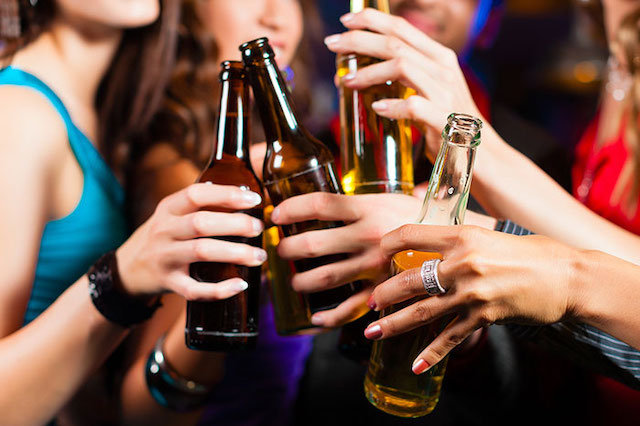 Understanding the right age for drinking is very crucial. An appropriate age for consuming alcohol should be above eighteen years or so. The rationale behind choosing this age bracket was protecting the health of young people. Also, to reduce the number of accidents on the road caused by drink and drive.

Many a times, teens indulge in reckless choices where they start consuming alcohol damaging their health and brain ultimately. Consuming alcohol in underage slows down the functioning of the brain and unknowingly also leads to cognitive functional impairment. Minor age is considered to be the raw where the mind tends to grow and absorb all forms of mechanism from daily routines. Those teenagers, who indulge in alcohol, are unable to control their mood, mental balance, and power of judgment making.

Alcohol does harm every person whether he or she is an adult or a teen. But what is more serious is that underage drinking directly affects the functioning of the brain. This means that teens may become more vulnerable to harming themselves.

Calculation of the Real Damage Caused To the Body

Alcohol is a kind of drug which a person consumes to either feel playful or to release their routine stress. According to the scientists and their study, 20% of the alcohol consumed by a person is directly absorbed immediately from the stomach, and surprisingly other 80% is absorbed in the small intestine. This leads to the circulation of toxic blood through the body, striking or hitting the central nervous system in a short amount of time.

The glass of shots or any type of hard drink is injurious to health because it interferes with communication between nerve cells and other cells, slowing down the central nervous system.

The scientific fact about the damage caused to the brain is that it interferes with the functioning of hypothalamus (which is the smallest part of the brain, in charge of housekeeping).

Learning About the Harmful Effects of Alcohol 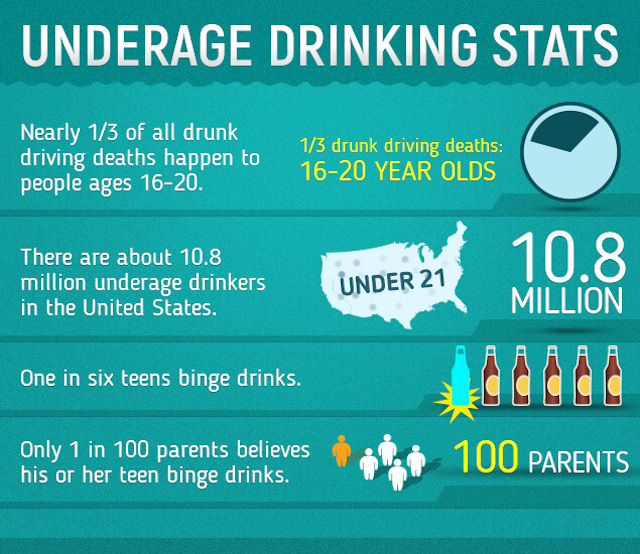 The cerebral cortex controls brain senses and inhibitions get affected and interfered with the alcohol and start to lose the ability to make good judgments and to think clearly. Alcohol strongly hits the brains because after consuming alcohol person feel more confident and liberated because they don't think straight and develop an urge to drink more. And as a result, they start to act without paying much attention to the afterward consequences.

Hippocampus (is the part of the brain that stores memories) is also heavily impacted by alcohol because alcohol can cause short term memory loss and even the total blackouts. And if a person is consuming alcohol in excess or especially teen then they do face problems in remembering the times for the future.

Exploring About the Drawbacks of Underage Drinking, Deeply

The number of intoxicated teenagers is high in countries like U.S.A and America. But various other countries are also coming up with the shockingly increased statistics of these problematic areas.

Teenagers with drinking problems face difficulties in building healthy communication with their family or friends.

There is involved the risk of developing damage to the brain or liver, social problems, impaired driving ability and a big impact on physical wellness and safety.

, and other changing behavior.

Steps To Cure the Problem

With some extra efforts and help anyone can overcome this issue. The need is to inculcate the desire to indulge in healthy lifestyle that is sustainable and progressive.

November 30, 2020
#Rehabr blog Celebrities Who Are Open about Addiction

A lot of famous people succumb to its charms and its capacity to permit an escape from the real world. Some of actors have shared their experiences with drug addiction. Let's have a look at their journey.